What Are Cannabinoids? What Maryland Cannabis Patients Need to Know One of the most important pieces of knowledge for medical cannabis patients in Maryland is understanding cannabis and how it affects the body. In this article, Pharmkent Wellness answers a common question, what are cannabinoids? We also provide insight on THC and CBD, and how our bodies interact with them.

Cannabinoids are natural compounds in the cannabis plant. There are over 400 compounds that occur naturally in cannabis, with 113 of those being cannabinoids.

Some proponents of whole-plant cannabis believe the benefits from the entire plant outweigh that of isolating THC. As cannabis science progresses, we could see more benefits coming from isolating individual cannabinoids.

The two cannabinoids with by far the most scientific research are Tetrahydrocannabinol (THC) and Cannabidiol (CBD), both of which have many studies showing their well-documented medical benefits.

How Cannabinoids Interact With the Body

Depending on which method of consumption, product, and the potency of your cannabis, the body takes longer to process THC. For instance, feeling the effects of eating an edible takes much longer than smoking flower or dabbing concentrates.

The effects of ingesting edibles tend to be much stronger than that of consuming flower or concentrate. The reason for this is that after eating edibles, your body processes the THC in your stomach, intestines, and liver before it enters the bloodstream.

When smoking or vaporizing, the THC enters your bloodstream almost immediately after inhaling your cannabis. All of these physical effects are caused by interactions in the endocannabinoid system.

Isolated CBD products have been claimed to help with ailments like inflammation, insomnia, and pain relief. These benefits may come without the impairment that comes with ingesting THC.

Cannabinoids interact in the endocannabinoid system (ECS), which most mammals have, not just human cannabis consumers. The ECS is a complex system responsible for regulating many bodily functions.

These functions include our circadian rhythms, pain tolerance, appetite, mood, and memory. Even though there has been some research conducted on the ECS, there is still plenty to learn.

A better understanding of the ECS could lead to medical breakthroughs in treating cannabis patients.

Other Classes of Cannabinoids

While THC and CBD are the most prominent and well-known cannabinoids, there are over 100 more of these compounds in cannabis. These are referred to by cannabis scientists as minor cannabinoids.

Some minor cannabinoids include:

Wrap Up: What are Cannabinoids?

You may still need some answers to the question of what are cannabinoids?

Pharmkent is a medical dispensary in Maryland with a knowledgeable staff and extensive cannabis menu. We are ready to help answer your questions, so you can get the most benefits and best experience from your cannabis medicine.

We look forward to seeing you! 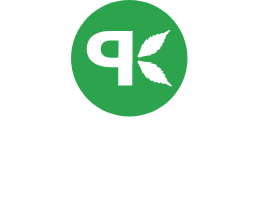 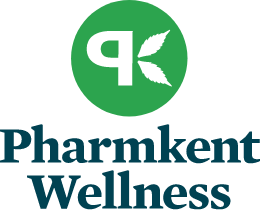 Are you 18+ or a registered MMCC patient?

Please verify your age or eligibility to continue.